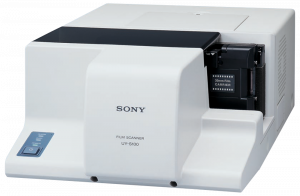 We can scan and transfer your old negatives and slides to either digital images or a photo slide show put onto optical media such as DVD or Blu-Ray. We can scan from the following formats 110, 120, 126,127, 220, 35mm, APS and Kodak Photo Disc using our dedicated film and flatbed scanners. We use a combination of Sony, Canon and Epson scanners, the Sony UY-S100 scanner can scan 35mm film in strips or full rolls and has an optical resolution of 3,072 × 2,048 pixels. 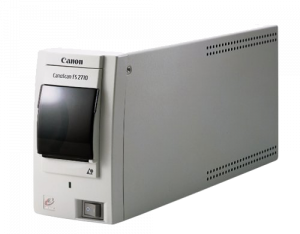 For scanning APS (Advanced Photo System) negatives, we use a Canon FS 2700 dedicated negative scanner which can also scan 35mm negatives and slides singlely or in strips of up to six and has an optical resolution of 2720dpi.

For other negative and slide formats which includes 110, 120, 126, 127, 220 and Kodak Disc we use the Epson Perfection V500 scanner, we have custom negative carriers which allow us to scan negatives singlely or in strips. The Epson scanner can also scan at higher resolutions of up to 4800 dpi, which also includes 35mm negative and slide film. We offer a standard scan resolution of 2720dpi however, can scan at higher resolutions upon request.

As standard, we will clean your negatives and slides by using a soft anti-static brush and also compressed air, we will also wear soft cotton gloves when handling your film so we don’t cause damage or get fingerprints on the film. Also included is basic colour correction using Adobe Photoshop, we will also adjust any colours during scanning to ensure your photos look as good as the day your film was developed, however, please be aware that for under and over exposed images we may not be able to do very much in the way of colour correcting.

As mentioned above we scan most types of negatives and slides including glass mounted and unmounted slides also known as transparency film. We can scan all standard consumer formats of film, in the early 70’s the two most common film types where 126 and 110 which replaced 127 roll film, another popular and most known consumer format was 35mm which was released as negative and transparent version also known as 135 film.

In the ’80s Kodak released disc film then in the 90’s APS or Advanced Photo System, we can scan all the above formats which include B&W, colour and transparency variants. We can also handle professional formats known as medium format which include 120 and 220, these films are larger and tend to be cut singly or in pairs, unlike consumer film which were cut in strips of four to eight.

We can scan your negatives and slides to most photo file formats or produce a photo slideshow on DVD, Blu-Ray or UHD Blu-Ray. Our standard format for saving your files is Tiff as they are uncompressed and offer the best quality, however, the downside is that they can be large files taking up more storage space. The alternative format would be Jpeg files which are smaller but compress the files so don’t offer the same quality as Tiff files, on the plus side they take up less storage space. We can save the files in any format supported by Photoshop so if you’re looking for a specific format then just let us know.

The other option we offer is to have a photo slideshow created and put on DVD, Blu-ray or UHD Blu-ray disc, the only thing to bear in mind is that the resolution of your photos may be reduced when choosing this option as DVD resolution is 720×568, Blu-Ray is 1920×1080 and UHD Blu-ray is 3840×2160. we are happy to give you your video slide show as well as the separate image files when ordering a video slideshow.

If you have any questions regarding our photo transfer service then please get in touch by phone, social media or using the contact form at the bottom of the page. 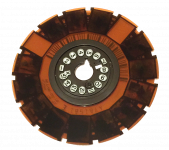 We use cookies on our website to give you the most relevant experience by remembering your preferences and repeat visits. By clicking “Accept”, you consent to the use of ALL the cookies.
.
Cookie settingsACCEPT
Manage consent

This website uses cookies to improve your experience while you navigate through the website. Out of these, the cookies that are categorized as necessary are stored on your browser as they are essential for the working of basic functionalities of the website. We also use third-party cookies that help us analyze and understand how you use this website. These cookies will be stored in your browser only with your consent. You also have the option to opt-out of these cookies. But opting out of some of these cookies may affect your browsing experience.
Necessary Always Enabled
Necessary cookies are absolutely essential for the website to function properly. This category only includes cookies that ensures basic functionalities and security features of the website. These cookies do not store any personal information.
Functional
Functional cookies help to perform certain functionalities like sharing the content of the website on social media platforms, collect feedbacks, and other third-party features.
Performance
Performance cookies are used to understand and analyze the key performance indexes of the website which helps in delivering a better user experience for the visitors.
Analytics
Analytical cookies are used to understand how visitors interact with the website. These cookies help provide information on metrics the number of visitors, bounce rate, traffic source, etc.
Advertisement
Advertisement cookies are used to provide visitors with relevant ads and marketing campaigns. These cookies track visitors across websites and collect information to provide customized ads.
Others
Other uncategorized cookies are those that are being analyzed and have not been classified into a category as yet.
SAVE & ACCEPT
×
×